How Much Does A Riding Mower Weigh? (And How To Change It)

I recently had to load my 18-horsepower mower onto my little 4-cylinder pickup truck so I could go mow a friend's lawn. By the way the back of my truck sank as I was riding up the ramps, you'd think I was loading a Harley!

This really got me wondering: How much does a riding mower weigh? I had some time after mowing, so I did a little fun research.

While the weight of a riding mower varies from 300 to almost 600 pounds, the average weight of an average model is about 470 pounds.

The fun part of my little research project was learning about what makes for so much variance in weight. Mowers with more horsepower generally weigh more than less powerful mowers. But, believe it or not, engine size doesn't make that much of a difference.

Let's look at the key players in a gas riding mower's weight. Then we'll take a look at zero-turn and electric riding mowers.

The gas riding mower's engine accounts for between 18 and 25 percent of its total weight. A Briggs and Stratton 16-horsepower mower engine with a displacement of 656 cubic centimeters weighs 84 pounds. Contrast that with their 27-horsepower, 810cc engine with a weight of only 87 pounds. That's a difference of only three pounds, even though there is a tremendous increase in power. It's not the power of the engine that adds weight, it's the other parts of the mower that make use of that power.

A small 12-horsepower riding mower, regardless of the manufacturer, weighs about 330 pounds. 24-horsepower mowers weigh in at around 530. But we're talking about two totally different machines here. One is meant for trimming smaller yards. The other is a heavy-duty landscaping machine that is built to run leaf vacuums, snow plows and even triple-blade decks.

A riding mower deck consists of the deck shell, spindles, blades, gauge wheels, the belt, the chute and all the covers and hardware to protect and keep everything in place. They weigh anywhere from 70 pounds to 140 pounds, with wider decks obviously being on the heavier side.

Side-discharge and mulching decks are comparable in weight, given the same number of blades and similar deck width.

The heaviest component of a deck is the deck shell. It is usually made of steel or a steel-heavy alloy. Next comes the spindles. There are usually two of these, and each one has a blade attached to the bottom. Mowers with three spindles and blades fall in the 120+ weight range. The rest of the deck components are relatively light.

By the way, don't be afraid of heavy decks. They are heavy because they are built to survive when you mow over rocks and other debris.

A light deck, on the other hand, may be a red flag to inferior quality. The two main ways riding mower manufacturers save deck weight are making the shells thinner and making the spindles lighter. Thinner shells are less durable, and lighter spindles are usually made of weak, cheap alloys.

Each wheel is far lighter than the engine and deck assembly. All four wheels together may rival the weight of either one.

The front wheel of a smaller riding mower may be as light as eight pounds. A rear wheel from a large three-blade mower, especially an export model, will be much heavier. Some of these big rear wheels have solid polyurethane tires and weigh 100 pounds.

While we're on the subject, the wheels are where you should look if you need to add some weight to your mower. Many manufacturers offer wheel weights specifically for their mowers. While I usually recommend only adding parts to your mower if they were designed for it, this is one time where a universal product is better than OEM or aftermarket ones. The weights will outlast your mower because they have no moving parts, and you'll likely be able to use them on whatever riding mower you get next.

A basic weight, like Parts Express sells on Amazon, will fit most mowers. At around $120 (prices fluctuate) for each 70-pound weight, they are not cheap. And shipping is expensive as well, but they will last for many years.

You can also make your own mower weights out of concrete. They're cheap and fun to make, and they are molded to the shape of your rims. There are some tutorials for this online, but I'll teach you how to make a set if you keep reading.

Even the smallest residential zero-turn mowers are heavier than most large-class conventional riding mowers. They have bigger, heavier, stronger engines, and they are built to be heavy for stability.

The lighter ones weigh in at about 650 pounds, and they ride pretty rough. The average higher-end mowers of this type come in closer to the 900-pound mark. Heavier ones can tip the scales at 1,450 pounds. Some huge commercial models used by professional landscapers weigh over a ton.

The components of an electric riding mower, save the motor and deck, weigh roughly the same as a similar gas model of similar size. Electric motors are lighter than gas engines. The decks usually run on the narrower end, so are therefore lighter.

Electric push mowers weigh less than gas push mowers because their engines are lighter. But electric riding mowers' batteries have to be so big that the mowers are usually pretty close to the weight of comparable gas models. Add to this the fact that each blade spindle usually has its own motor, rather than being driven off a belt. There really isn't that much difference in weight between these two types of mower.

Electric zero-turn mowers are usually a bit lighter than their gas-powered counterparts. But you have to keep in mind that battery-operated zero-turn mowers are currently made only with residential customers in mind. There isn't a serious professional model available yet.

As mower battery technology advances, we are going to start seeing pro landscapers with some awesome electric zero turns. The batteries will still be enormous and heavy, though. And just imagine how heavy the motors will be. We may soon have a commercial electric zero turn with a weight exceeding 1,000 pounds. That will be a sight to see!

How To Fix Weight Problems

Maybe you want your mower to shed some pounds to make loading and unloading it onto your truck or utility trailer easier. Or maybe you want to add some weight to it for better traction or greater stability. Perhaps you've never thought about it much, but now you are.

Either way, here are a couple ideas to lighten or bulk your riding mower up.

Weigh the benefits of weight loss with the disadvantage of having a smaller deck. If you'd rather have the smaller deck, check and see if your mower can accommodate one. A new deck is expensive, but you may be able to find a used one. Consider posting a cheap ad online or in your local newspaper offering an even trade: bigger deck for a smaller deck.

You can also check whether there are lighter wheels available for your mower. Again, save money by buying used or trading. You might be able to shave as many as 40 pounds from your mower with lighter rims and tires.

Be careful about adding weight to electric riding mowers, especially if battery life is an issue. Every pound you add drains the battery that much quicker.

Upgrading to a wider deck, if possible, gives you two advantages. For one, you can add up to 50 pounds to your mower. And you get a new deck. That's what I call win-win. Don't worry about your engine not being able to handle the extra weight or power demands of bigger or more blades. It can handle it.

I told you about wheel weights already. I also mentioned homemade wheel weights. I couldn't resist giving a quick tutorial.

Here's how to make your own wheel weights out of concrete.

Be sure to have the following before you start: 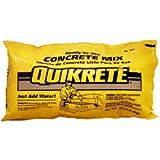 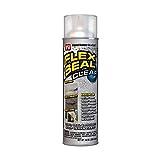 Fair warning: This tutorial will show you how to make a basic wheel weight. There are a dozen ways in which mower wheels are attached to their axles, depending on the manufacturer and model. You'll have to figure out a way to attach the weights you make to your wheels. Take your time and think things out.

Maybe share this post with a friend who is more mechanically inclined, and do some brainstorming together.

Remove the wheels from your mower and decide if the weights will be installed on the outer part of the wheel, the part you can see, or the inner well, which is usually deeper. Lay the wheel so the part you want to mold is facing up.

Now lay one of your thick bags over the wheel with as little wrinkling as possible. Use your finger to work part of the bag down into the hole that slips over the axle. Stick the proper dowel into the hole.

Follow the directions on the bag of concrete, and mix up a batch. You may want to make a few smaller batches instead of one big one. Getting rid of unneeded concrete can be a pain.

Pour concrete into the wheel. You want it flush with or lower than the edge of the rim. Let the concrete dry and cure according to the directions.

When the curing is complete, remove the dowel and flip the wheel over. The concrete wheel weight will fall right out. Spray what will be the part of the weight that contacts the rim with Flex Seal. This is cushioning to protect your rims, so do a good job.

Think of a way to modify these instructions that will offer a way for you to attach them to your wheels. You could use industrial concrete adhesive, instead of Flex Seal, to make the weighs permanent. If you do this, be sure to prep your rims so the adhesive has something to grip. Sandblast the rims, or drill many small holes in them.

Hi, I'm Ed, and I've been doing lawn work since my mid teen years, picking up jobs here and there mowing and helping with basic landscaping projects. I worked at a couple different lawn care / landscaping companies throughout my college years, and now thanks to the internet I'm able to make a share my knowledge and advice with people about lawn care and landscaping.